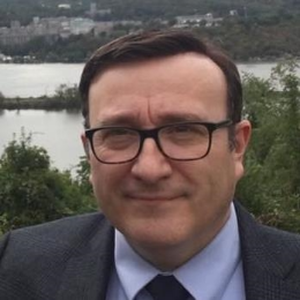 Virtual Talk: The Americanized Greeks of Schenectady and the Balkan Wars

It’s our first-ever virtual talk! Join us for a discussion with Peter S. Giakoumis, author of the book The Forgotten Heroes of the Balkan Wars: Greek-Americans and Philhellenes 1912-1913. Using primary sources, Giakoumis has put together a compelling narrative describing the formation of Schenectady’s successful ethnic Greek community.

Schenectady’s Greeks left for the front-lines of the Balkan conflict in 1912. The events leading up to their departure, and their decision to return to America ultimately had a significant impact on the city. The return of those veterans determined the fate of Schenectady’s Greek-American community, the culture they forged, and their impact on the city which endures to this day.

About Peter S. Giakoumis: A historical consultant and researcher of Greek military history, Giakoumis’ main focus is the Greek-Americans of the early twentieth century. Giakoumis served as a reserve Captain, Army Division, New York Guard for six years, and he is the Vice President of Byzantine Crown Productions, a history-based production company that promotes the accurate portrayal of Hellenic culture. He holds a master’s degree in international relations, and has authored various online works including: Greek-American Pioneers & Philhellenes of the Balkan Wars of 1912-13 (2016), and The Balkan Wars of 1912-1913 and the Pioneer Greek Americans (2017).

This program is free and open to the public, though donations are greatly appreciated. You may join us on October 1st at 7pm by visiting meet.google.com/ceu-xzdv-pbk 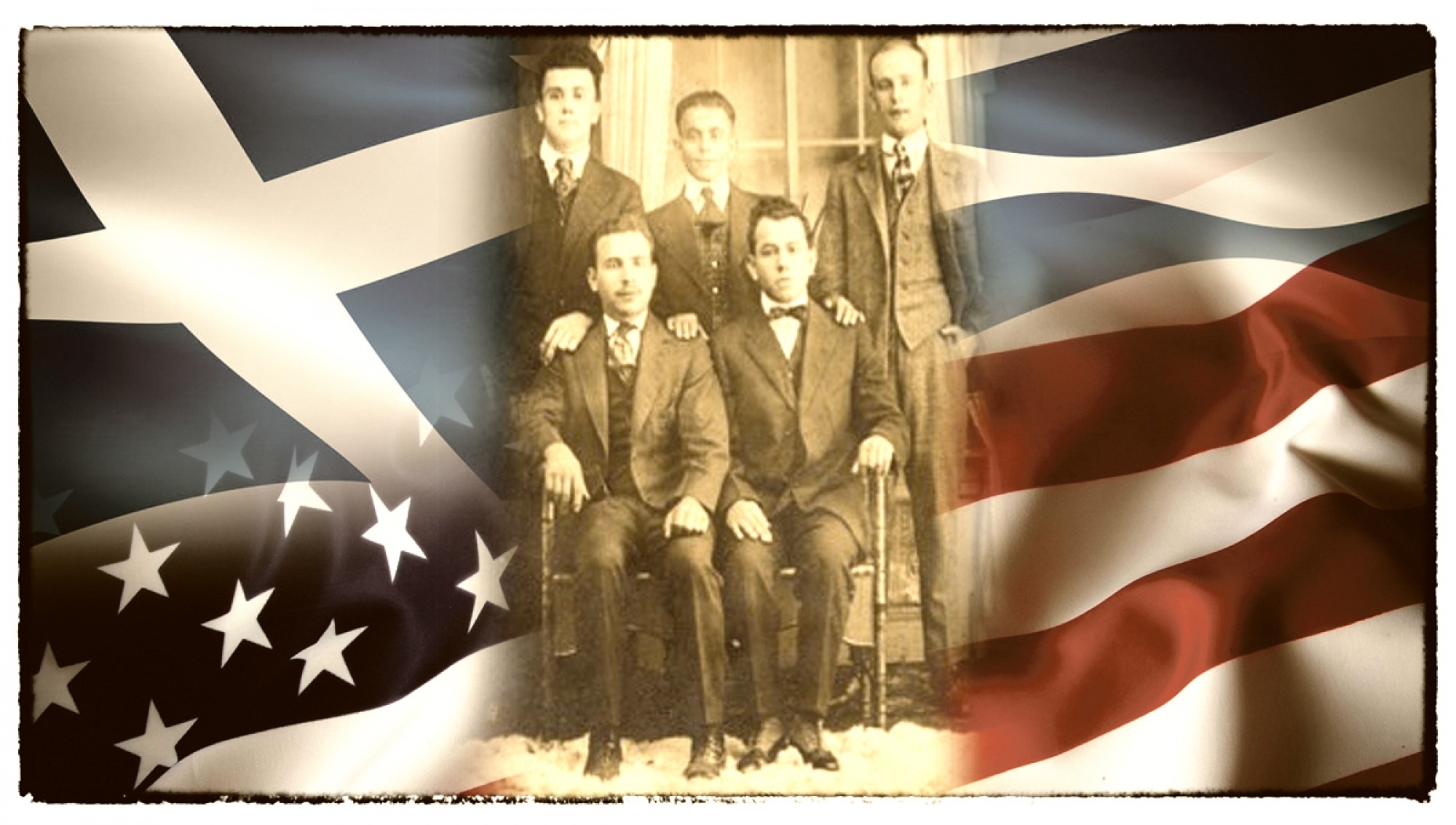 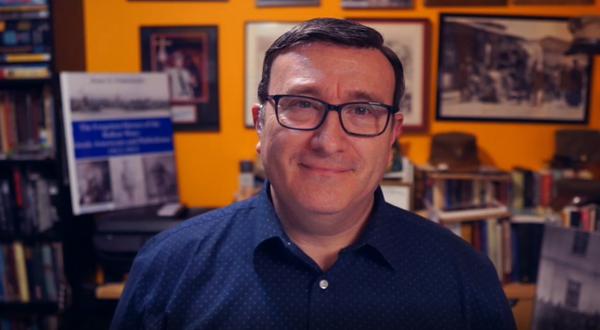 Academia is a platform for sharing academic research. Academics have uploaded 28 million papers, and 31 million academics, professionals, and students read papers on Academia every month. 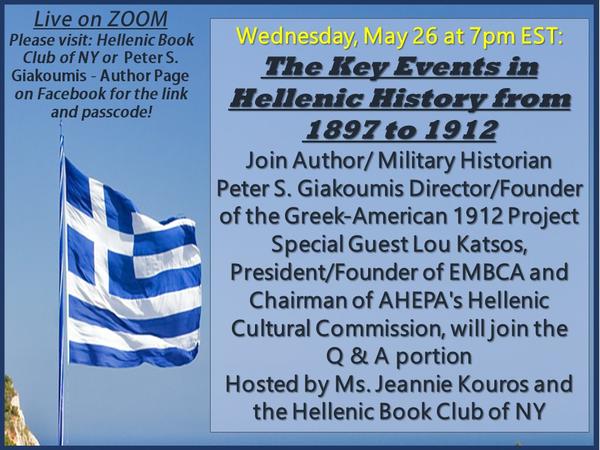 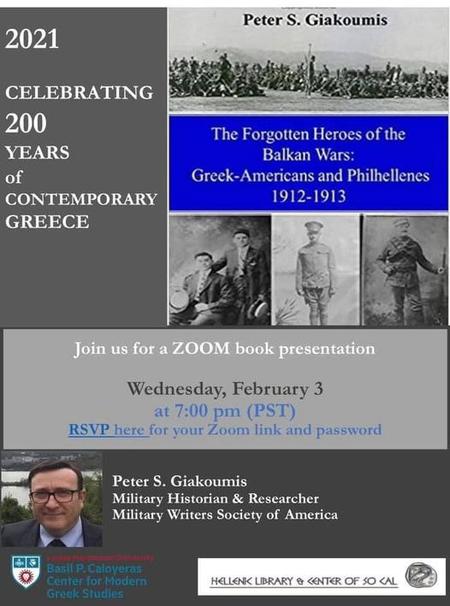 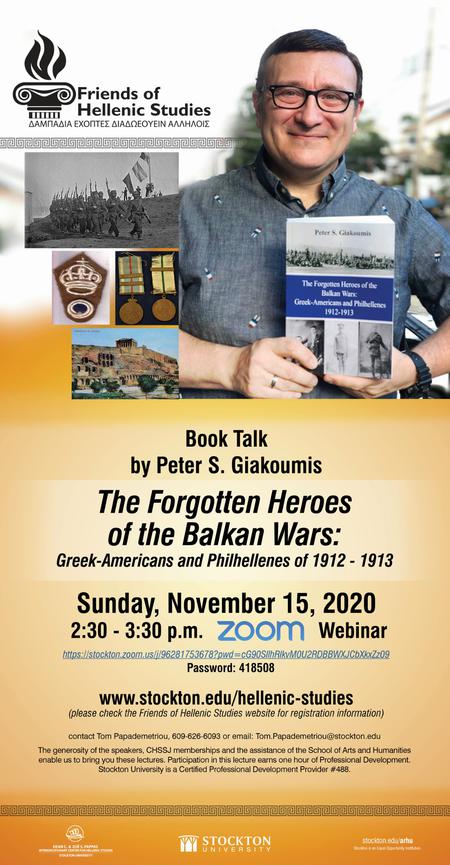 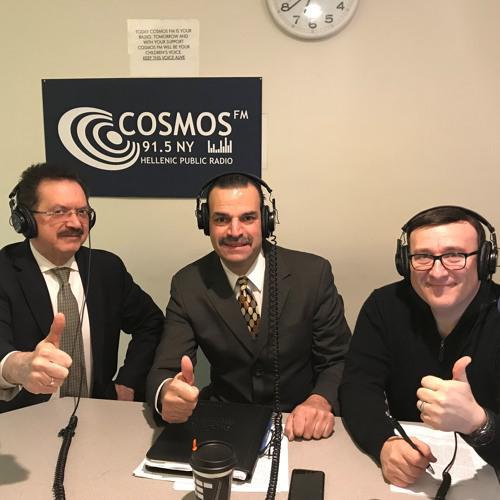 Lou Katsos , AHEPA’s District 6 Director of Hellenism ,on the East Mediterranean Business and Culture COSMOS FM program had as his guests Order of AHEPA members District 6 Governor Theodore Stamas , Civic Director Peter Giakoumis , and Demetrios Tsinopoulos. They discussed among other things AHEPA’s 1st. Seraphim Canoutas Lecture entitled “We are all Greeks” : March 25, 1821 Hellenes and Philhellenes in the War or Independence. Mr. Tsinopoulos , an opera tenor sang live on the program an Acappel 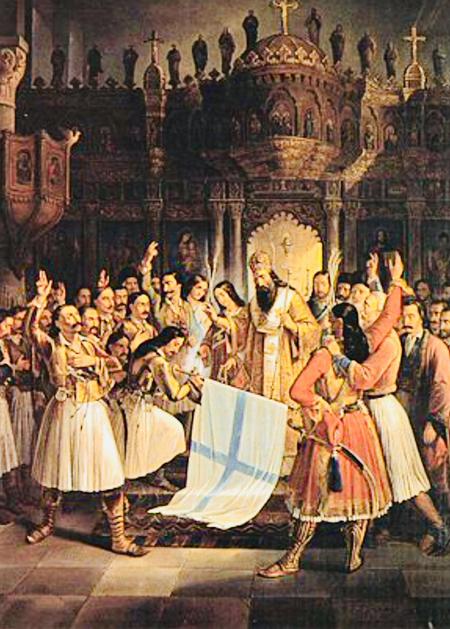 “We are all Greeks”: March 25, 1821 Hellenes and Philhellenes in the War of Independence

EMBCA is proud to sponsor the 1st. Seraphim Canoutas Lecture entitled “We are all Greeks”: March 25, 1821- Hellenes and Philhellenes in the War of Independence for the Order of AHEPA District 6 (New York State) & Delphi Chapter #25 ( Manhattan) at the 3 West Club (3 West 51 St.), It is a community sponsored event by EMBCA and there is no admission charge for this special occasion. The event title has its roots from one of the finest lyric poets in the English language Percy Bysshe Shelley’s and 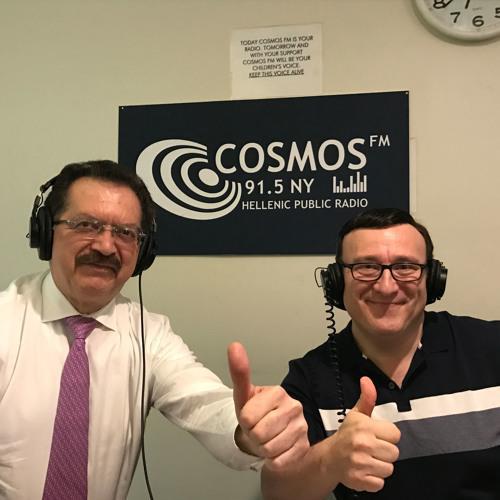 Lou Katsos had as his guest independent researcher Peter S. Giakoumis and they discussed an important and sometimes forgotten aspect of early 20thCentury Hellenic American history in the Balkan Wars of 1912-1913. Their discussion included the geopolitics in the Eastern Mediterranean at the time including political, economic, and social developments that caused approximately 40,000 Hellenic Americans and some philhellenes to leave the safety of their jobs and businesses in America and make a sign 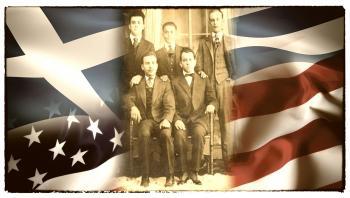 The events that brought about the Balkan Wars of 1912 and 1913 can be found in the political, economic, and social developments of Greece and her Balkan neighbors, it is as much a product of geo-politics as it is an attempt by the Great Powers to orchestrate the outcomes and future of all the nations involved. Greece had lost a brief war in 1897 with the Ottoman Empire, the outcome had a devastating effect on the economy, the national spirit, and trust in government leadership. Greeks had litt 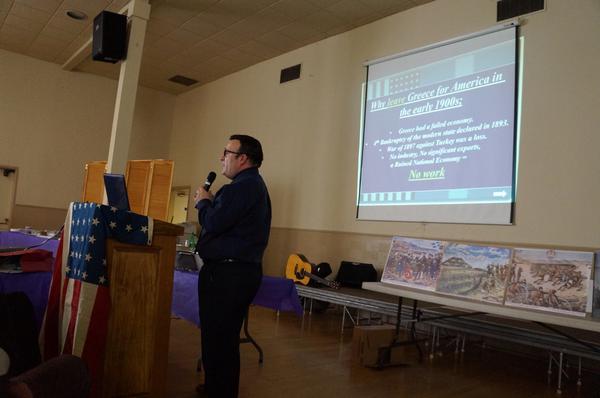 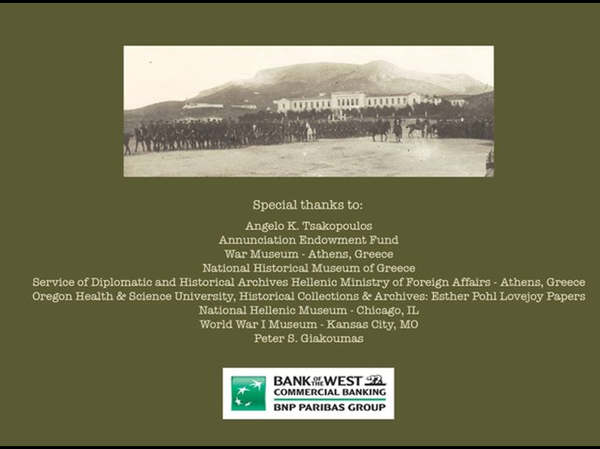 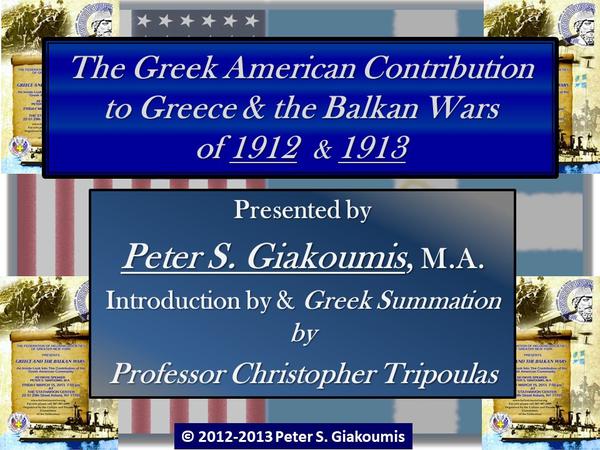 Greek Americans in the Balkan Wars 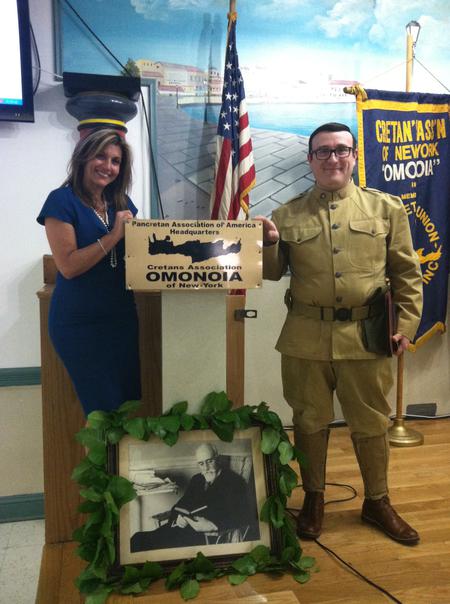 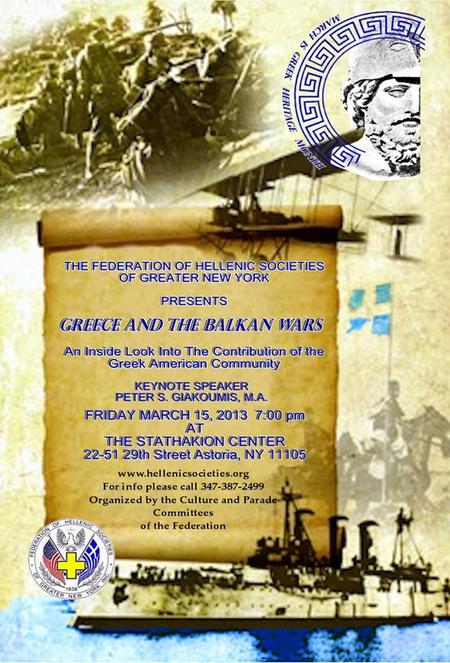 The Federation of Hellenic Societies of Greater NY • 15th March 2013

Greece and The Balkan Wars 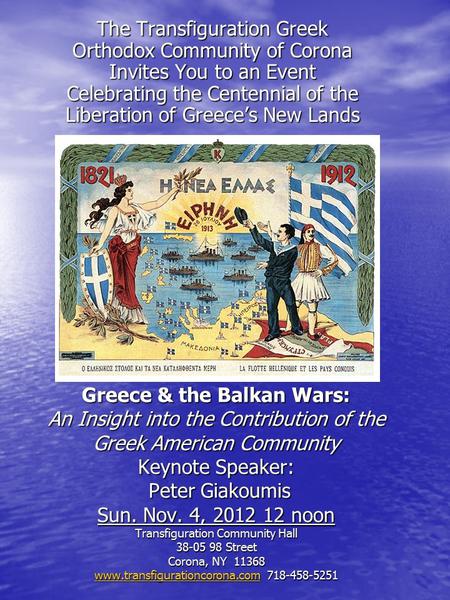 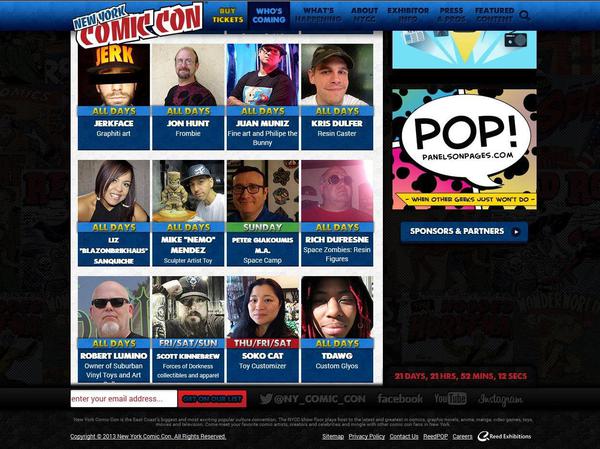 So You Want to be an Astronaut? Visiting Space Camp. 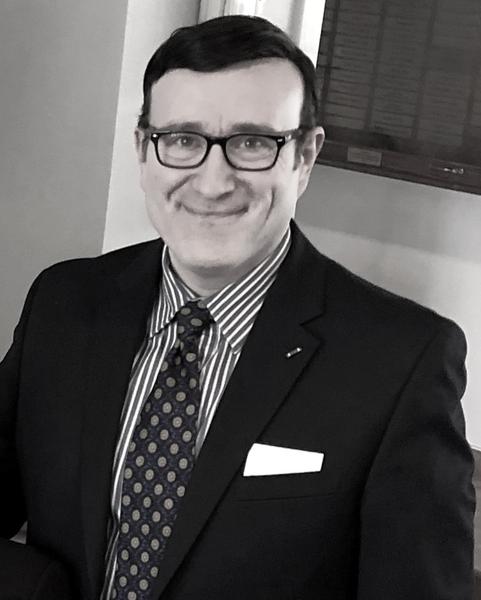 ‘The Forgotten Heroes of the Balkan Wars: Greek-Americans and Philhellenes 1912-1913’

The Hellenic-American Cultural Center & Museum pleased to have welcomed author Peter S. Giakoumis to a virtual conversation about his book ‘The Forgotten Heroes of the Balkan Wars: Greek-Americans and Philhellenes 1912-1913’ (Available at Annie Bloom’s Books, Powell’s Books, Amazon Kindle) on March 20th, 2021.

SPECIAL OFFER: Purchase a copy of ‘The Forgotten Heroes of the Balkan Wars: Greek-Americans and Philhellenes 1912-1913’, send a photo of you with the book to Peter Giakoumis’ FaceBook page and he will send you a FREE autographed nameplate to attach to your book!

The Balkan Wars of 1912-1913, the precursors to WWI, have been all but forgotten. The Greek-American and Philhellene contributions are overlooked, and yet their efforts and participation are part of the greatest untold stories, until now. Historian Peter S. Giakoumis, presents for the first time the unique perspective of the Greek-American and their supporters. Using contemporary newspaper reports, letters from the front, official narratives, and private archives, their story is now resurrected and gives those heroes and heroines their rightful place in history.

PETER S. GIAKOUMIS is a military historian and researcher with extensive studies on many different periods of Greek history, his main focus is on the Greek Americans of the early twentieth century. Mr. Giakoumis is a former Captain, Army Division, New York Guard, he is the Vice President of Byzantine Crown Productions a history based Production Company that promotes the accurate portrayal of Hellenic culture in their projects. He is an active member in the Order of AHEPA. He holds a Master’s degree in Political Science.